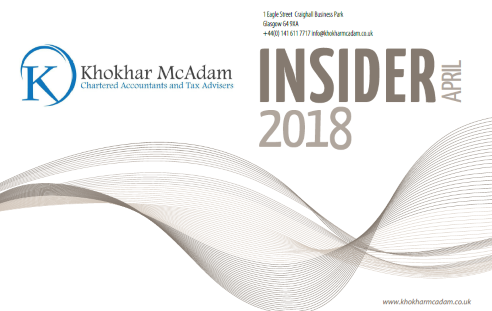 The number of people who are planning to become their own boss has almost doubled in the past year, according to research.

Some 18% of those intend to make the switch in the next 12 months, while 28% believe they will give up full-time work to become their own boss within three years.

Of the respondents, 15% planned to launch a business in the retail sector followed by 11% in catering and accommodation.

This optimism was reinforced by positive responses from those who had already made the transition to self-employment, with 70% believing they became their own boss at the right time.

Nearly a third (29%) of those expect their income to grow in the next 12 months, with 48% expecting it to remain the same.

The majority (93%) said they enjoy being their own boss, and 51% have been able to earn more than they did in their previous job.

“The research demonstrates that the UK is a truly entrepreneurial nation and it takes a lot of courage to make the major life decision to become self-employed.

“It is encouraging to see almost three in 10 [people] expect their revenues to increase in the next 12 months, which is a positive outcome in light of myriad uncertainties.”

We can help you start a business.

The tax system in Britain should be replaced with a single rate on all forms of income, claims a think tank.

A report by the Institute for Public Policy Research (IPPR) has outlined its recommendations to improve the British tax system.

In order to make the system more “progressive and efficient”, the proposed reforms would involve two elements.

Firstly, it would combine all rates and allowances for employee national insurance contributions and income tax in a single tax schedule, which would apply to all incomes on an annual basis.

Secondly, it would abolish tax bands in favour of a formula-based system where the marginal rate would rise according to each taxpayer’s precise level of income.

If the recommendations were brought in, the IPPR believes work incentives could be improved and tax avoidance could be reduced as tax would not vary based on different sources of income.

It could also allow the government to raise taxes without as much political opposition, the IPPR claims.

“This variable treatment of different sources of incomes, combined with sharp ‘cliffs’ in the marginal rate between tax bands, creates perverse economic incentives, makes tax avoidance more likely and is far from transparent.”

Small firms in England are positive about the value that apprenticeships bring to their workforce, a year after the apprenticeship levy was introduced in April 2017.

According to a study by the Association of Accounting Technicians (AAT), the overwhelming majority of small business owners (96%) say they are likely to take on more apprentices in the next two years.

Most agreed on the advantages of taking on an apprentice, as 97% said it had been good value for money.

Meanwhile, 90% said apprentices had boosted productivity and 63% said they are more suited to the skills their business needs than other job candidates.

Businesses also showed a preference for running apprenticeships over hiring university graduates, with 55% preferring to recruit apprentices and 32% favouring graduates.

“We wholeheartedly believe that apprenticeships work – not just for apprentices, but businesses of all shapes and sizes, across all industries, sectors and job roles, and for people of all ages.”

Even among small businesses that had never taken on an apprentice, 71% said they were currently planning to take some on – but 39% felt there were barriers holding them back.

Around a third (29%) of businesses said the cost of starting an apprenticeship was the main barrier, followed by 27% claiming it’s hard to obtain funding and 15% not knowing where to start a scheme.

Despite small businesses’ enthusiasm for apprenticeships, many could be missing out on funding for them as less than half (45%) had accessed available funds from the apprenticeship levy.

SMEs with an annual pay bill of more than £3 million can use the levy, which involves paying 0.5% of their payroll into a central pot that is then used to fund the training of apprentices.

Rob Alder, head of business development at the AAT, said:

“Although there have been some negative comments on the impact of the apprenticeships reforms, our research shows there are many positives in training an apprentice and it is good to see that reflected in the SME market.

“Our research shows that England’s small businesses hugely endorse apprentices within their own firms and value the benefits apprentices can bring to them.

“Those who have taken on apprentices are happy with them, and even those who haven’t yet taken any on are making plans to do so.”

Get in touch to discuss the apprenticeship levy.

Small businesses are worryingly under prepared with little over a month to go before new data protection regulations are introduced.

The Federation of Small Businesses (FSB) claims 33% of SMEs have not started preparing for the EU-wide General Data Protection Regulation, which takes effect on 25 May 2018.

A similar number (35%) have only recently started preparing for it, with 52% of those approaching the Information Commissioner’s Office (ICO) for advice.

Only 8% of 934 small businesses polled by the FSB are ready to be fully compliant with the introduction of the GDPR.

“It’s clear a large part of the small business community is still unaware of the steps they need to take to comply and may be left playing catch-up.

“The attention now shifts to the ICO and whether it can effectively manage the demands of small businesses seeking advice and guidance.

“It is vital smaller firms looking for this support, either by phone or the web, are able to get it easily.”

The average SME spends seven hours a month and £508 a year complying with their data protection requirements, according to the FSB.

60% of small businesses have reported lower profits due to obliging with data protection, and 31% say they have been forced to stop workforce expansion.

Sanctions of £20 million or 4% of a business’s annual turnover, whichever is higher, are in place for non-compliance, although fines will only ever be applied as a last resort.

“This law is not about fines; it’s about putting the consumer and citizen first and rebalancing data relationships and trust between individuals and organisations.

“We do have the power to impose larger fines, but we have access to lots of other tools that are well-suited to the task at hand, such as guiding, advising and educating organisations.

“The report tells us that many small and medium-sized organisations are preparing for the new data protection laws but some still have to make a start.

“The ICO’s website offers a number of ways in which organisations of all sizes and all sectors can get the help they need, and we’ll study the survey findings to see if we can improve the help we offer.”

From sole trader to a limited company