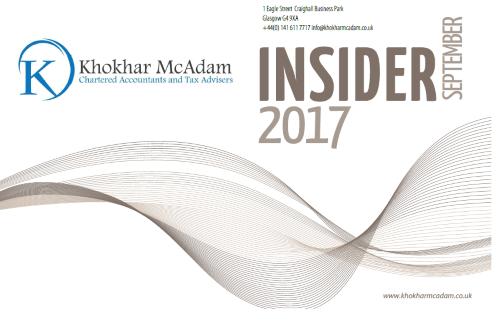 Businesses accepting cash payments of €10,000 or more in exchange for goods are required to register with HMRC under money laundering regulations (MLR).

Recent changes to regulations mean that companies accepting cash payments on or above the threshold limit (or equivalent in sterling) will be classed as high value dealers.

Transactions that are considered high value payments include:

The types of businesses that may be classed as high value dealersinclude:

If your company is currently accepting or making high value cash payments then you are immediately obliged to register with HMRC under MLR.

There is a non-refundable fee of £100 when you first register and you must pay £115 for each of the premises you include in your application.

You will not need to register under MLR if your business:

We can assist withyour business compliance.

64% of small businesses are seeing profits fall as a result of the national living wage (NLW) rise, according to research.

Out of 835 businesses surveyed by the Federation of Small Business (FSB), 39% have put up prices to cope with the NLW increase.

Almost one in four (24%) firms either cancelled or downscaled investments, while 22% reduced working hours and19% hired fewer employees.

43% of businesses increased wages in line with the NLW, suggesting the majority of owners are already paying their workers above the new rate.

“Small businesses owners have demonstrated their resilience in meeting the challenge set by the NLW, with many cutting their margins or paying themselves less to pay their staff more.

“In sectors where margins are tight, small firms are resorting to more drastic measures to cope with the NLW. It is vital the NLW is set at a level the economy can afford, without job losses or harming job creation.”

Dealing with the wage rise

Less stressful, but far from straightforward, ways to manage the costs of the NLW include:

If you fail to pay staff the NLW, you will face a fine based on the underpayments.

The penalty forfirms who do not comply with the NLW is 200%, although this will be halved if employers pay within 14 days. The overall maximum penalty is £20,000 for every underpaid worker.

Our team can talk you through the NLW.

Recruiters are finding it difficult to hire new staff due to increasing competition for highly skilled employees, a study has found.

Of 400 recruitment agencies surveyed by IHS Markit for the Recruitment and Employment Confederation (REC), 40% found the availability of temporary staff had got worse in July 2017 compared to the previous month (35%).

Demand for staff in private sector businesses outpaced demand in the public sector over the same period, while the biggest increases in year-on-year demand for workers was felt in:

“It’s clear employers are having to work even harder to fill jobs as vacancies rise and candidate availability shrinks.

“Employers are not just struggling to hire the brightest and the best, but also people to fill roles such as chefs, drivers and warehouse workers.”

With employers facing stiff competition for staff, it’s proving more challenging for businesses to attract and retain the best talent.

There are ways, however, to attract new workers or retain your existing skilled staff. These include:

Get in touch to discuss your business issues.

Individuals will be able to legally ask businesses to delete certain personal data under new proposals outlined in the Data Protection Bill.

The Bill forms part of the EU’s General Data Protection Regulation (GDPR), which is due to come into effect on 25 May 2018.

The legislation will allow individuals greater control over their personal data, including the right to fully close accounts or data to be erased.

Some of the proposals outlined in the Bill include:

“This is a complex set of changes, so firms must be helped to get them right – and no small or medium-sized business working hard to adapt to the new regime should be hauled over the coals for unintentional mistakes in the early days.”

Businesses need to manage and secure data property or risk significant fines if they fail to protect data or suffer a breach.

Some steps you can take to prepare for GDPR include: