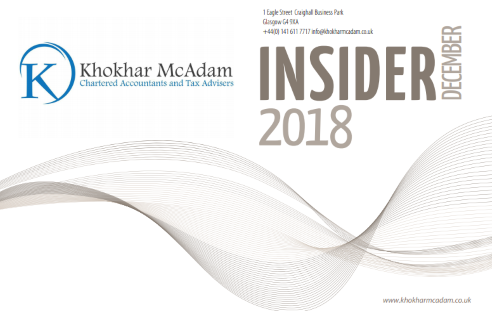 The annual investment allowance is set to temporarily increase from £200,000 to £1 million, allowing businesses to gain more tax relief on their investments.

Using the annual investment allowance, businesses can deduct the full value of qualifying plant and machinery from their profits before tax.

This does not include cars, items owned for another reason before they were used in the business, or items given to the business or business owner.

Suren Thiru, head of economics at the British Chambers of Commerce, said:

“This announcement will provide a major enticement for firms to invest and grow.

“It will give companies across the UK the confidence to push ahead with investments in plant and machinery, property and staff training.”

However, the Association of Taxation Technicians (ATT) said the increase “may bring only complexity for many businesses”.

Since its introduction in 2008, the annual investment allowance has changed several times.

This resulted in transitional rules being set with each change, which the ATT says has made it difficult for businesses to plan for capital expenditure.

They also note that only around 3% of businesses currently exceed the AIA of £200,000, according to HMRC statistics, so the other 97% are unlikely to see any benefit from the change.

Speak to us about your business investments.

Small retail businesses in England will see a reduction to their business rates, as announced in Budget 2018.

Business rates will be reduced by a third for many retail properties with a rateable value below £51,000 for two years from April 2019, subject to state aid limits.

The Chancellor said this will mean “an annual saving of £8,000 for up to 90% of all independent shops, pubs, restaurants and cafes”.

This was part of a series of measures announced to support high streets in the UK under the pressures of high costs and growing competition from online retailers.

While industry bodies have welcomed the boost, some have argued that the system needs wider reform.

Carolyn Fairbairn, director-general at the Confederation of British Industry, said:

“Smaller businesses will be relieved by the support on business rates at a time where the current system is crippling many high streets.

“But larger retailers and manufacturers – and the millions they employ across the UK – will continue to suffer needlessly until there is a full, in-depth review.”

“Retailers are currently in the midst of a perfect storm of factors – technology changing how people shop, rising public policy costs and softening demand.

“Rather than tinkering around the edges, struggling high streets require wholesale reform of business rates in order to thrive.

“The issue remains that the business rates burden is too high.”

Talk to us about your business.

IR35 reforms to be extended to the private sector

Contractors could face a higher tax bill from April 2020 when reforms to IR35 legislation are set to take effect in the private sector.

This is expected to raise more than £3 billion between 2020 and 2024, as self-employed individuals who fall within the rules, and the businesses engaging them, will face a higher tax charge.

IR35 rules were reformed in the public sector in 2017, with the aim of stopping work HMRC regards as ‘disguised employment’.

This describes a situation where an individual works much like an employee, but does so through a company to avoid paying additional income tax and national insurance.

The reforms mean that the responsibility for determining the worker’s employment status will move to the firm engaging them.

Those who are considered an employee under IR35 will have to pay income tax, as well as national insurance at the higher 12% rate.

HMRC says the rules “only affect people working like employees and through a company”, but many contractors are concerned genuinely self-employed people could be affected.

Others argue the administrative burden could result in businesses putting all their contractors under IR35, or discourage them from hiring contractors altogether.

Chris Bryce, chief executive officer at the Association of Independent Professionals and the Self-Employed, called the decision a “fresh raid” on the self-employed.

He said the IR35 rules are “so complex and crude that genuinely self-employed people will be swept up and in many cases taxed out of operation”.

The reforms will not come into effect until 6 April 2020, and to lessen some of the burden on businesses, the smallest 1.5 million firms in the UK will be exempt.

The Chartered Institute of Taxation (CIOT) welcomed these decisions, but said the Government should conduct a wider review of employment status.

Colin Ben-Nathan, chairman of the employment taxes sub-committee at the CIOT, said:

“Off-payroll working is in fact but one facet of a much broader issue of how we tax labour in the UK.

“In our view, IR35, the taxation of the employed vs self-employed, and labour law issues should all be viewed through the same lens and considered together.”

Individuals set to benefit from an increase to the higher-rate threshold in 2019 will only see half of the tax reduction expected, as a result of a Budget measure not mentioned in the Chancellor’s speech.

More detailed documentation published alongside the Budget says the upper profits and upper earnings limit for national insurance contributions (NICs) will increase at the same time.

This means employees will see their NICs rate within this earnings bracket rise from 2% to 12%.

In effect, taxpayers benefiting from a 20% reduction to their rate of income tax will see a 10% increase to NICs at the same time.

This change is not unusual, however, as HMRC data shows the upper earnings limit and upper profits limit have been aligned to the higher-rate threshold since the 2009/10 tax year.

“The Chancellor is well within his rights to increase the bands over which the full rate of NICs is payable.

“But this wipes out half of the gain for higher earners of raising the starting point for higher rate income tax.

According to Steven Cameron, pensions director at Aegon, the change means an individual earning £50,000 or more will save £60.83 per month in income tax, but lose £30.41 of this in extra NICs.

Cameron also warned that the income tax cut could come with a “sting in the tail” for pension contributions, as those moving down to the basic-rate bracket will see a reduction in the Government top-up.

A higher-rate taxpayer receiving 40% tax relief on their pension contributions would see that decrease to 20% if they moved down to a basic-rate tax bracket.

Get in touch to discuss your finances.