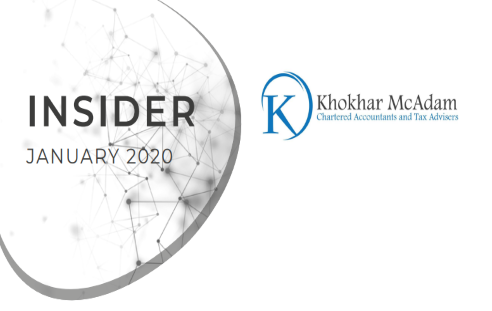 A quarter of small business owners in the UK believe their company will fold in the next four years, research has claimed.

Late payments (54%), tax rates (44%) and cyber-attacks (27%) were the biggest concerns among the 500 owner-managers polled by cloud accounting software provider Xero.

Other challenges included Brexit (44%), maintaining or boosting levels of productivity (31%) and recruitment costs (19%).

Around a third (37%) of small business owners said they are experiencing their most turbulent period.

The pressures of running a small business in the current climate also affected more than a third of respondents’ mental health.

And owner-managers reported working an extra nine hours a week, in addition to their standard working hours.

On average, being their own boss saw owners pump £11,846 of their own money into the business.

“The ways small businesses work now are dramatically different from the 1980s when the first personal computers arrived, but businesses need to adapt to greater changes coming their way.

“New technologies will hasten a far greater consciousness towards the biggest killer of small businesses.

“Cashflow issues will decline as instant payment technologies take root as a cultural norm. I believe what we’ll see are 30-day payment terms going the way of the fax machine.”

Speak to us about managing cashflow.

The planned extension of the new off-payroll rules to the private sector will be included in a review into how the new government can provide better support to the self-employed.

The pre-election admission by Chancellor Sajid Javid increases the prospect of the controversial tax measure, which was contained in Finance Bill 2019, being delayed.

“In our manifesto, we promise a review of how we can further help the self-employed,” Javid told Money Box on BBC Radio 4 in the run-up to last month’s general election.

“But one thing in particular I want to look at again are the proposed changes to IR35.”

When pressed by host Paul Lewis as to whether the extension of the rules to the private sector may be put off, Javid stopped short of committing to a delay.

“I don’t want to pre-empt the review,” added Javid. “But it makes sense to include the IR35 changes in that review.”

As things stand, medium and large private companies will be responsible for determining whether the rules apply to contractors they engage from 6 April 2020.

However, Finance Bill 2019 has yet to receive royal assent and the new government faces a race against time to either rush that through parliament or submit a revised version.

Javid is expected to deliver his first Budget speech next month, around three months on from the cancellation of Budget 2019.

Talk to us about the IR35 rules.

High earners could face large tax bills if they fail to declare pension contributions on their 2018/19 tax returns, according to a report.

When completing self-assessment, taxpayers are asked if they have put any money into a pension scheme above the annual pensions allowance.

For most people, this allowance is £40,000 – but for every £2 of income above £150,000, a high earner’s allowance is reduced by £1 to give an alternative figure known as the tapered allowance.

Pension contributions that exceed an individual’s tapered annual allowance will be charged at the taxpayer’s marginal rate, usually 40% or 45%.

A lack of understanding about how the tapered annual allowance works is having dire consequences for those affected, Royal London has claimed.

It suggests these complexities are resulting in some taxpayers being unable to answer how much money has been put into their pension scheme.

“HMRC admits that they know that people are forgetting to put information about their pension tax bills on their annual return.

“But filling in this tax return question requires individuals to understand the system, especially if they are affected by the tapered annual allowance.

“Thousands of people could be set to face huge tax bills because they have innocently failed to declare this information on their tax return.

“HMRC needs to get to the bottom of how many people have failed to declare this information and contact them immediately.”

The deadline to submit tax returns relating to 2018/19 through self-assessment is at midnight on 31 January 2020.

We can process your tax return.

Budget set to take place in February once Brexit is resolved

The new government intends to announce the 2020/21 tax rates, bands and allowances in a full Budget next month.

Prime Minister Boris Johnson secured a handsome majority on 12 December 2019, and swiftly returned Sajid Javid to the position of Chancellor.

Javid was poised to deliver his first Budget speech in November 2019, only for it to be cancelled following the decision to call the first December general election since 1923.

While resolving Brexit remains the biggest priority for the new government, time is running out to legislate for any tax changes before the start of 2020/21.

Johnson aims to finalise the UK’s departure from the EU before the end of this month, before holding an early Budget.

It is likely that a full Budget in February will take the place of the lower-key Spring Statement, which has been the norm in recent years and usually takes place in March.

Prior to the election, Johnson promised “a post-Brexit Budget in February, which will cut taxes for hardworking families”.

The Conservative manifesto also promised to freeze the rates of national insurance contributions, VAT and income tax, as well as reforming the insolvency rules and the audit regime.

The main 19% rate of corporation tax is legislated to reduce to 17% on 1 April 2020, but Johnson confirmed this is no longer going ahead. That should be contained in Javid’s Budget.

While on the topic of corporation tax, the rate of research and development (R&D) tax credits should rise from 12% to 13% in line with a manifesto promise.

Business groups, backed by a recent Treasury Committee review, could also get their wish to see the existing business rates system reformed in England and Wales in time for April 2020.

Get in touch for tax-planning advice.