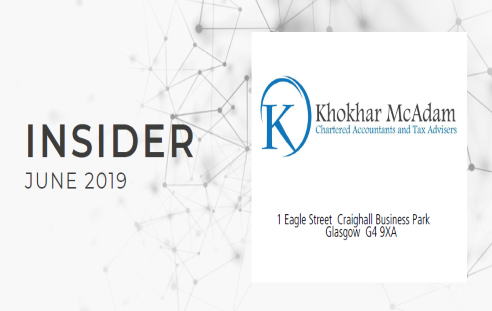 Most small business owners in the UK do not think the tax system treats their business fairly, according to the British Chambers of Commerce (BCC).

In a survey of 1,000 firms, 58% of SME owners said they think the UK tax system is unfair, with different tax rules applying to different types of business.

More than two-thirds (67%) of small business owners did not believe the Revenue applies tax rules fairly across all sizes of business.

This view was a pressing concern for 70% of microbusiness owners, while it subsided to 59% of the UK’s medium or large businesses.

Many respondents also thought HMRC underestimated the time and money they spent trying to keep up with the complexities of the system.

Almost half (49%) wanted better support from the Revenue to help them comply with legislation surrounding Making Tax Digital, auto-enrolment, and business rates.

The BCC reiterated its call for the Government to introduce no new input taxes and other significant costs on businesses for the remainder of this parliament.

Suren Thiru, head of economics at the BCC, said:

“When it comes to compliance there is a tendency for HMRC to see smaller businesses as low-hanging fruit.

“They feel under constant threat of being called out for getting things wrong in a tax system that has grown ever more complex.

“HMRC must provide better support to smaller businesses to get their tax right, rather than pursuing and enforcing penalties.”

Talk to us about your business.

Pensioners are paying around £4 billion more in income tax than previously estimated, the Centre for Policy Studies (CPS) has claimed.

A footnote in the paper said the method for estimating pension tax figures had changed, using real-time information supplied by pension schemes instead of a sample survey.

Michael Johnson, research fellow at the CPS, said this added an extra £4bn to the estimate for 2016/17, compared to the last time the figures were published in February 2018.

Further analysis by Royal London claimed the overall cost of pension tax relief is more than £5bn lower than estimated.

The mutual insurer said this contradicted comments from Chancellor Philip Hammond in the lead-up to Budget 2018 that pension tax relief is “eye-wateringly expensive” for the Treasury to provide.

“The Government has sneaked out these massive revisions to the figures for the amount pensioners pay in tax.

“It is clear that pensioners who have worked hard and saved hard are putting billions extra back into the economy through the tax on their pensions.

“The revised figures also show the cost of tax relief on pension contributions is much lower than thought.

“The Chancellor must revisit any thought of cutting help for pensions in the Budget later in the year.”

Get in touch to discuss your finances.

The Government is facing calls to announce a stamp duty holiday for homeowners who seek to downsize.

Saga polled 2,000 people over the age of 50 and found that 73% would support a tax break to help them move into a smaller property.

Almost three-quarters (70%) said their motivation for downsizing was because their current home was too big, while 25% want to downsize to reduce the costs of running a home.

A quarter said the current stamp duty land tax rates that apply to all homeowners in England and Northern Ireland, apart from first-time buyers, are preventing over-50s from selling up.

All other homeowners in England and Northern Ireland pay stamp duty ranging from 2% to 12% on various portions of residential sales worth more than £125,000.

As a result, Saga has called on the Government to go beyond this measure with a similar tax break for downsizing.

It said with the current shortage of housing in the UK, downsizing could help to free up larger homes for families or those looking to move up the property ladder.

“A large proportion [of over-50s] would like to move to a smaller home so they can release money from their homes – either for themselves or to give to their families – but the costs associated with doing so are preventing them.

“We are urging the Government to reconsider this exemption – to support potential downsizers, their families and the wider housing market.”

Speak to us about stamp duty land tax.

The business rates system has become “uneconomical” and “unsustainable”, and should be reviewed, the Confederation of British Industry (CBI) has said.

Business rates are a tax on most properties used for business purposes, and are calculated based on an estimate of the property’s open market rental value.

The CBI argues that long gaps between rate revaluations mean business rates are lagging behind economic cycles and rises in property costs.

In some cases, businesses’ tax bills have surged by up to 50% due to property prices increasing in the time between business rates revaluations.

John Allen, president of the CBI, said the system “rewards those places already on their way up in the short-term, but eventually pulls the rug from under them”, and “punishes those areas that are already struggling”.

He also said the system in its current form disincentivises investment, as improvements to an existing property result in higher rates.

The Government has said it is already making business rates fairer, having announced measures to help smaller retail businesses in Budget 2018 last autumn.

However, the CBI says small changes like this are not enough, and is calling for a full review of the business rates system.

“These tweaks have only served to reinforce the idea that business rates are a high street issue rather than a problem for our whole economy.

“And the more sticky plasters we add, the greater the signal that the system is broken and in need of a fundamental rethink.”

In February 2019, the Treasury committee launched an inquiry into business rates and their impact on businesses.

It looks into the way business rates policy has changed over time, and examines alternatives to property-based business taxes.

This includes the proposal of a digital services tax, which the Government has said it will introduce in April 2020.

Tax Implications of Working From Home

Identifying Inefficiencies In A Business
Scroll to top