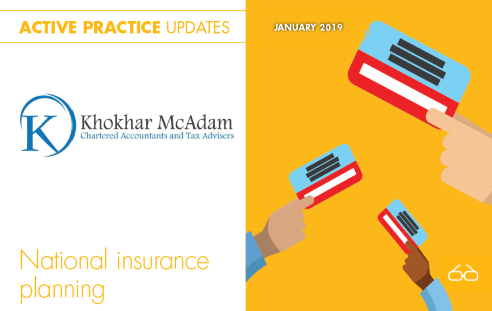 National insurance contributions (NICs) are set aside to pay the state pension and other benefits, but due to the UK’s ageing population the National Insurance Fund is under increasing strain, with the state pension taking up more than 90% of its annual outlay in 2018.

A review by the Government Actuary’s Department (GAD) predicted the fund would be empty by around 2032.

There is no pot of money set aside to pay future state pensions, which are funded on a pay-as-you-go basis, which means that future pensioners are reliant on the NICs of future workers to pay their pensions.

On its website, the GAD said: “If the system is to continue to cover the current form of state pension and other benefits, then either the fund’s income has to rise or expenditure has to be controlled”.

Although the Treasury can top up the fund through a grant, restrictions on the level of grant the Treasury can make mean this will not be enough to stop the fund from running down. The most likely alternative therefore is an increase in NICs.

Employers, employees and the self-employed are required to pay NICs on relevant earnings or profits above a set threshold.

Class 1 contributions, which are paid by employers and employees, made up 96% of the total contributions to the fund in 2015/16.

Changes in NICs have proved politically sensitive in recent years.

The Government has looked at increasing the contribution made by the self-employed through changes to class 4 and class 2 NICs to shift some of this burden.

It has also withdrawn increases to class 4 NICs and shelved the proposed changes to abolish class 2 NICs, so that the weight of NICs continues to fall more heavily on the employed.

All rates and percentages stated in this article relate to 2018/19 tax year.

The standard rate for NICs payable by employers is 13.8% of an employee’s earnings, above the same £162 a week threshold.

However, despite the higher rates of class 1 NICs, there are still planning opportunities available to employers to potentially lower their NICs bill, in particular owner-managed businesses.

An owner-managed business is in the unique position of being able to withdraw funds from the company in the form of salary and dividends.

If you’re an owner-manager who also has a director’s loan due to you from the company, there is the possibility of paying yourself interest on the balance of the loan outstanding as well.

Neither the dividend payments nor any interest payments would attract any class 1 employer or employee NICs.

By paying yourself a salary which falls between the lower earnings limit of £116 per week and the primary threshold of £162 per week, you would not trigger either an employee or an employer class 1 NICs charge. However, you would still qualify for state pension purposes as having paid sufficient contributions in that tax year.

It is therefore possible with careful planning as an owner-manager to minimise the amount of NICs due.

Having more than one job

If you have more than one job or if you are both employed and self-employed, there may be steps you can take to cap the amount of class 1 NICs that you pay.

If you have two jobs and you expect to pay class 1 NICs on weekly earnings of at least £892 per week throughout the whole tax year in one of those jobs, you can ask to defer payment of NICs in the other job. You will need to make an application for deferment of class 1 NICs on form CA72A.

If you are both employed and self-employed then you will need to pay both:

Your class 1 NICs are paid in each pay period. Class 2 NICs are not collected until 31 January after the end of the tax year.

Your class 4 NICs are paid together with your income tax liabilities in your payments on account, and balancing payments on your self-assessment tax return.

However, there is a maximum amount of NICs which should be paid when you pay class 1, class 2 and class 4 NICs.

Where this maximum has been superseded during a tax year, an adjustment should be made on the self-assessment tax return to reduce the amount of NICs liability to the maximum amount.

As an employer, you can offer your employees a salary sacrifice scheme that enables them to swap cash salary for a non-cash benefit.

The idea is that the employee can save NICs, putting them in a better position than if they had merely purchased the benefit from their net pay independently.

Certain salary sacrifice arrangements can be particularly efficient at saving NICs for employees, but since 5 April 2017 the number of tax-efficient arrangements where employees can take advantage of sacrificing some of their pay in return for a benefit has been reduced.

Be aware though that this cannot be done where the salary sacrifice arrangement would reduce pay below the national minimum wage or national living wage.

Please contact us if you would like advice as to which salary sacrifice arrangements could be used to reduce your employees’ class 1 NICs liability.

This allowance is offset against your class 1 employers NICs liability up to a maximum of £3,000 in a tax year. You can make a claim at any point during the tax year by ticking the ‘Employment Allowance Indicator’ field when you next submit an Employer Payment Summary to HMRC.

You can also claim employment allowance up to four years after the end of the tax year in which the allowance applies.

For example, if you want to make a claim for the allowance for the tax year ended 5 April 2016, you must make your claim no later than 5 April 2020.

HMRC will set any claim for a previous tax year against your future or existing PAYE liabilities, unless you ask them to refund the amount.

There are certain conditions to be met in order to claim this allowance, namely that the director cannot be the only employee paid above the secondary NI threshold and you cannot claim against more than one employer PAYE reference if you have more than one scheme.

If you would like help determining whether your business could claim the employment allowance, please get in touch.

What next for NICs?

While an increase in NICs seems inevitable at some point in the future in order to help balance the books, it is by no means certain.

There are other steps the Government could take to boost the National Insurance Fund and further increases to the state pension retirement age, above those already made, are also a possibility.

Steve Webb, former pensions minister and director of policy at mutual insurer Royal London, believes there is little chance the Government would increase NICs to fill the fund shortfall.

He said: “They’d do what they’ve mostly done before and bail out the National Insurance Fund from general taxation and then they can use any revenue-raising measure, or spending cut, they wished.”

In the meantime, if you would like help taking advantage of any tax-planning opportunities to minimise your NICs bill please contact us.

Talk to us about national insurance.